Tartu will be freed of the encircling overhead transmission lines

Elering will continue replacing overhead transmission lines in Tallinn and Tartu with underground cables. Within the framework of the programme, the high-voltage lines encircling Tartu will be removed within the next ten years.

“Thanks to the work performed over the last ten years, Elering is reaching a milestone in Tallinn where high-voltage overhead transmission lines located in densely populated areas have been replaced with underground cables. Elering’s programme “Cables for Cities” is continuing in Tartu. The planned work is large-scale and will take years to complete, but it has a major impact on the citizens of Tartu: the security of supply will be improved, visual pollution caused due to the lines in the cityscape will be reduced, and dozens of hectares of land will be freed of restrictions and used for other purposes,” said Taavi Veskimägi, Chairman of the Management Board of Elering.

Elering will replace all the 110 kilovolt high-voltage overhead transmission lines that currently surround the densely populated areas of Tartu in a circle. The total length of the cables to be constructed is several dozen kilometres. The cables will connect the Elering owned Tartu and Emajõe, Tartu and Anne, Tartu and Tööstuse, and Tööstuse and Anne substations. The construction of the new cables has the biggest impact on the city districts of Ränilinn, Ihaste, Annelinn, Jaamamõisa, Raadi and Supilinn.

The preparatory work for the major project will be performed by Leonhard Weiss OÜ who won the respective procurement. The work includes planning and providing the location of the lines, ensuring the approval and permits required from land owners and local governments, and performing the required geodetic surveys.

According to Reno Laidre, Deputy Mayor of Tartu, everyday life largely depends on the existence of electricity, as well as its quality and reliability. “Important investments in improving the power grid are needed in order for Tartu to function. Once the high-voltage lines are underground, the appearance of the city will change significantly. This will be visually more beautiful, and new purposes of use can be given to the land previously occupied by the high-voltage lines,” said Laidre.

According to Laidre, the city is planning to leave this land mainly for green spaces, or build bicycle and pedestrian tracks and city streets in the corridors that are emptied of the overhead transmission lines.
The comprehensive plan of the city also provides for building up the areas from which the high-voltage line is removed, to a small extent. However, all masts will not be dismantled – some of them will gain a new life as attachment sites for transmitters or receivers requiring higher ground.

Elering has constructed approximately 50 kilometres of underground cables within the framework of the programme in Tallinn in ten years. In Haabersti, Northern Tallinn, Kristiine and Mustamäe, major areas have now been released from restrictions and the city and private owners can use them for more purposes. 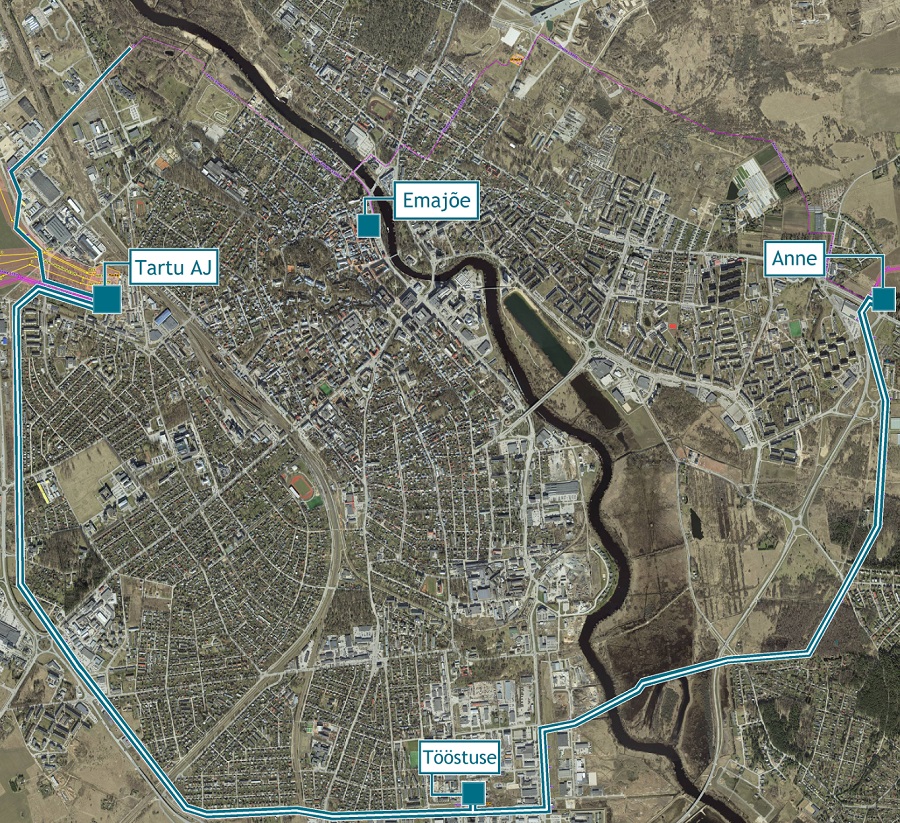