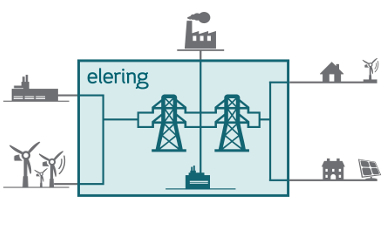 Elering is an electricity and gas transmission system operator with the task of connecting the producers, various network operators and consumers who make up the system into a unified whole. An operating integral system is important also for end consumers, as it enables ensuring to consumers a high-quality energy supply with reasonable costs. This is a major objective of Elering.

What characterises the Estonian energy system and how does Elering administer it?

The Estonian electricity and gas network consist of internal networks and is connected to the energy systems of neighbouring countries, which allows energy to move between states and enables cross-border energy trade.

Elering plans and manages energy system operations in real time. This is especially important in the electricity system, as electricity production and consumption must be in balance at all times. In the gas transmission network sufficient pressure must be ensured so that gas reaches all distribution networks and end consumers. 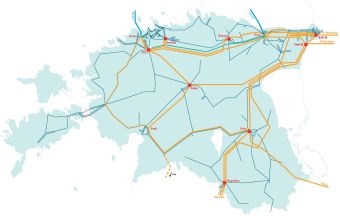 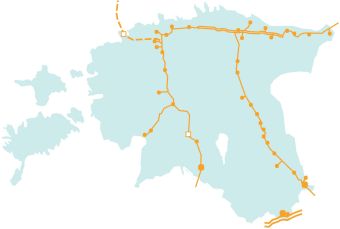 The gas transmission network is made up of an almost 1,000-kilometre-long gas pipeline, three gas metering stations and almost 40 gas distribution stations. The Estonian gas network is currently connected to the Latvian and Russian gas systems. In the next few years, the Estonia-Finland gas interconnection Balticconnector will be completed, which will unify the gas networks and markets of the three Baltic states and Finland.

While Elering manages the transmission network, through which large energy volumes move, the network connections of end consumers are ensured by nearly 60 electricity and gas distribution network operators.

What are the latest developments in the energy system?

Alongside the physical electricity and gas networks, Elering develops the energy sector’s IT infrastructure, which creates the possibilities for smart production and consumption solution development and provision for service providers. The smart grid allows energy producers and consumers to analyse the data generated and increase efficiency in energy production and consumption through data value. Services and applications of Elering smart grid are available in the e-elering customer portal.